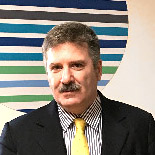 The 2022 Budget Law has replaced the Patent Box regime with the new provisions regarding the “super deduction” of costs incurred for the intangible assets eligible for the tax benefit, that for options related to the 2021 tax period is increased from 90% to 110%.

The new tax benefit − which an enterprise can access by notifying its choice of a five-year option, irrevocable and renewable − applies to research and development costs “incurred in relation to copyright-protected software, industrial patents, designs and models”, exploited directly or indirectly in a enterprise’s activity. Hence, trademarks, processes, formulas and information relative to experience acquired in the industrial, commercial or scientific fields, which were eligible for the tax benefit in the previous version of this provision, are excluded from the new tax regime.

The tax benefit is also applied when calculating the value of net production for IRAP (regional income tax) purposes. The new rule applies starting from the tax period in course at January 1, 2022.

Furthermore, the new system now allows the super deduction to be combined with the R&D tax credit, and rewords the transitional regime. To avoid being subject to fines imposed by the Revenue Agency, enterprises may prepare documentation containing the information related to the tax benefit in question. The enterprise has to communicate its possession of such documentation to the financial administration by disclosing it in its tax return for the tax period for which the benefit is implemented.

An important change has been made regarding R&D expenditures incurred in the past for the creation of an intangible asset eligible for the benefit. The increase of the deduction up to 110% now also applies to such costs, starting from the moment the intangible asset obtains industrial property rights. A recapture mechanism makes it possible to recoup the benefit not used in prior years up eight years from the time when the eligible intangible asset was created.

The tax credit for investments in R&D, ecological transition, 4.0 technological innovation and other innovation activities is extended, with a few changes. In particular, the amount of tax credit available for R&D investments remains unchanged until the tax period in course at December 31, 2022, i.e., 20%, with a ceiling of 4 million euros. For each subsequent tax period, until 2031, the tax credit amounts to 10%, with a ceiling of 5 million euros.

The tax credit for technological innovation activities aimed at creating new or substantially improved products or production processes, and the tax credit for design and esthetic innovation activities, have both been extended to the 2025 FY. They both amount to 10% for the 2022 and 2023 FYs, and to 5% for the 2024 and 2025 FYs, with a ceiling of 2 million euros per year.

The possibility of suspending depreciation/amortization charges in the 2020 Financial Statements that had been provided for, in derogation from the Italian Civil Code, in art. 60, par. 7-bis and subseq. of Law Decree 104/2020 converted into law, has been extended to the 2021 Financial Statements.

The suspension therefore can also be applied to 2021, but only by taxpayers who have already availed themselves of the benefit provision in the prior year, suspending 100% of depreciation/amortization charges in their 2020 Financial Statements. It should be noted that, as regards 2020, taxpayers that did not adopt international accounting standards could suspend up to 100% of their annual depreciation/amortization charges for their tangible and intangible assets, recording only their book value as appears from their previous financial statements, provided they had been approved.

Law Decree 104/2020 established that the suspended portion of the 2020 depreciation/amortization charges had to be recognized in the income statement of the following year, and that the same criterion had to be applied in postponing the subsequent portions, thus extending for a year the original depreciation/amortization plan for the portion in question. Hence, the postponement of the non-allocated portion to the next fiscal year would seem to apply to the 2021 extension as well.

Likewise, the rule whereby companies that apply national accounting standards and decide to renew the suspension of their depreciation/amortization charges in their 2021 Financial Statements have to allocate the corresponding amount to a unavailable reserve for gains would seem to be still valid. This rule (which we believe to be still applicable) establishes that, if the profit for the year is less than the suspended portion of depreciation/amortization charges, the difference has to be integrated into the reserve by setting aside the gains of the subsequent years.

The 2021 Budget Law added two new paragraphs − 8-ter and 8-quater − to art. 110 of Law Decree 104/2020, establishing that, as regards the larger amounts ascribed to intangible assets (including trademarks) and to goodwill in the 2020 Financial Statements (for solar year taxpayers), the deductibility of amortization for both direct taxes and IRAP must not exceed one fiftieth for each tax period.

Taxpayers who wish to keep their amortization in eighteenths may do so only if they pay an additional substitute tax, in installments from 12% to 16% (as established by art. 176, par. 2-ter, of the Italian Tax Code), net of the 3% substitute tax paid for the revaluation or realignment.

A third option is to renounce, even partly, the revaluation or realignment tax regime, as per the instructions that will be issued by the Italian Revenue Agency. This will entitle the taxpayer either to a refund of the amount of the substitute taxes paid for the revaluation in question, or to a tax credit.

The 2022 Budget Law refinanced this grant, which will once again be paid out in installments to enterprises that have filed their requests to banks on or after January 1, 2022. However, if funds are sufficient and the requested amount is no more than €200,000, the grant can be received in a lump sum.

The 2022 Budget Law extended to 2024 the so-called “sismabonus” (a deduction of expenses incurred to make buildings antiseismic) and the so-called “ecobonus” (a deduction of certain expenses incurred to improve the energy efficiency of buildings) established respectively by art. 16 and art. 14 of Law Decree 63/2013. The deduction for façade restoration, referred to in art. 1, paragraphs 219-223 of Law 160/2019, was extended throughout 2022, but reduced from 90% to 60%. As confirmed by the Revenue Agency’s Resolution no. 34/2020, and by its Circular no.2/2020 on the “façade bonus,” these benefits are also available to enterprises.

As of January 1, 2022, the maximum tax credit amount that may be used for horizontal offsetting of taxes (or refunded via a simplified procedure), established by art. 34 of Law 388/2000, is 2 million euros.

Starting from the tax period in course at January 1, 2022, IRAP will no longer be applied to individual businesses and professionals. This provision will have practical consequences only for such individual entrepreneurs and professionals who have had to paid this tax until now because they are independent (those who are not were already exempt).

All other taxpayers liable for IRAP (including associated firms and professional associations) must keep on paying it.